Cockroaches might not be so popular but they actually have amazing abilities that can inspire new technologies. The nocturnal creatures can see in near pitch black by pooling light signals over time, like time-lapse photography discovered by Matti Weckström and his team at University of Oulu in Finland and published in the Journal of Experimental Biology. 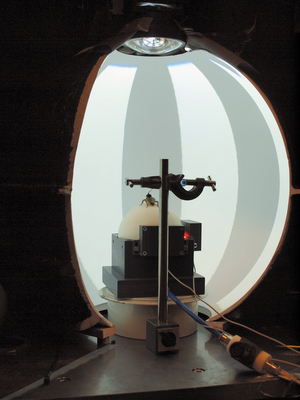 “A few years ago, Daniel Nocera pioneered an “artificial leaf” that—just like the real thing—uses only the sun and water to produce energy. He touted the silicon cell as a breakthrough that could allow every home to become its own power station.

His compelling invention, a cheap wafer-thin device, attracted lots of publicity but hasn’t quite taken off. The leaf works well, Nocera says, but there’s a key flaw.

“The problem with the artificial leaf,” Nocera says, is that “it makes hydrogen. You guys don’t have an infrastructure to use hydrogen.”

By “you guys,” Nocera means the world outside the lab. Although Toyota and others companies are making cars built to run on hydrogen, emitting only water vapor, filling up is a problem: Most gas stations are set up to serve liquid fuel.

Enter Nocera’s latest creation, a collaboration with biologists at Harvard University and detailed in the Proceedings of the National Academy of Sciences Monday. The researchers created a specially engineered bacteria that can convert hydrogen (from the artificial leaf or another source) into alcohol-based fuel.” 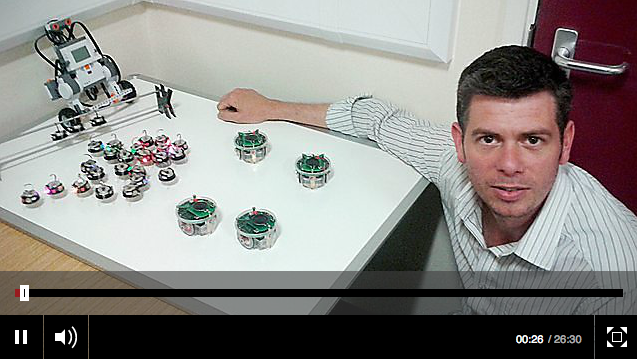 All Our Patent Are Belong To You

Yesterday, there was a wall of Tesla patents in the lobby of our Palo Alto headquarters. That is no longer the case. They have been removed, in the spirit of the open source movement, for the advancement of electric vehicle technology.

Tesla Motors was created to accelerate the advent of sustainable transport. If we clear a path to the creation of compelling electric vehicles, but then lay intellectual property landmines behind us to inhibit others, we are acting in a manner contrary to that goal. Tesla will not initiate patent lawsuits against anyone who, in good faith, wants to use our technology.

When I started out with my first company, Zip2, I thought patents were a good thing and worked hard to obtain them. And maybe they were good long ago, but too often these days they serve merely to stifle progress, entrench the positions of giant corporations and enrich those in the legal profession, rather than the actual inventors. After Zip2, when I realized that receiving a patent really just meant that you bought a lottery ticket to a lawsuit, I avoided them whenever possible.

At Tesla, however, we felt compelled to create patents out of concern that the big car companies would copy our technology and then use their massive manufacturing, sales and marketing power to overwhelm Tesla. We couldn’t have been more wrong. The unfortunate reality is the opposite: electric car programs (or programs for any vehicle that doesn’t burn hydrocarbons) at the major manufacturers are small to non-existent, constituting an average of far less than 1% of their total vehicle sales.

At best, the large automakers are producing electric cars with limited range in limited volume. Some produce no zero emission cars at all.

Given that annual new vehicle production is approaching 100 million per year and the global fleet is approximately 2 billion cars, it is impossible for Tesla to build electric cars fast enough to address the carbon crisis. By the same token, it means the market is enormous. Our true competition is not the small trickle of non-Tesla electric cars being produced, but rather the enormous flood of gasoline cars pouring out of the world’s factories every day.

We believe that Tesla, other companies making electric cars, and the world would all benefit from a common, rapidly-evolving technology platform.

Technology leadership is not defined by patents, which history has repeatedly shown to be small protection indeed against a determined competitor, but rather by the ability of a company to attract and motivate the world’s most talented engineers. We believe that applying the open source philosophy to our patents will strengthen rather than diminish Tesla’s position in this regard.

Here are some research articles on the subject:

JCAP at Caltech teaches you how to generate a current using blackberries and solar energy!

Try it out yourself by following these instructional videos:

Here is also a good demo:

Here is PDF from University of Texas Austin of how to make a DSSC from household products:

This combination of things – a Huge Problem to solve, a Radical Solution for solving it, and Breakthrough Technology to make it happen – is the essence of a technology moonshot.

Solve For X is intended to be a forum to encourage and amplify technology-based moonshot thinking and teamwork. The forum began in 2012 with a small face-to-face event co-created and co-hosted by Astro Teller, Megan Smith, and Eric Schmidt.” 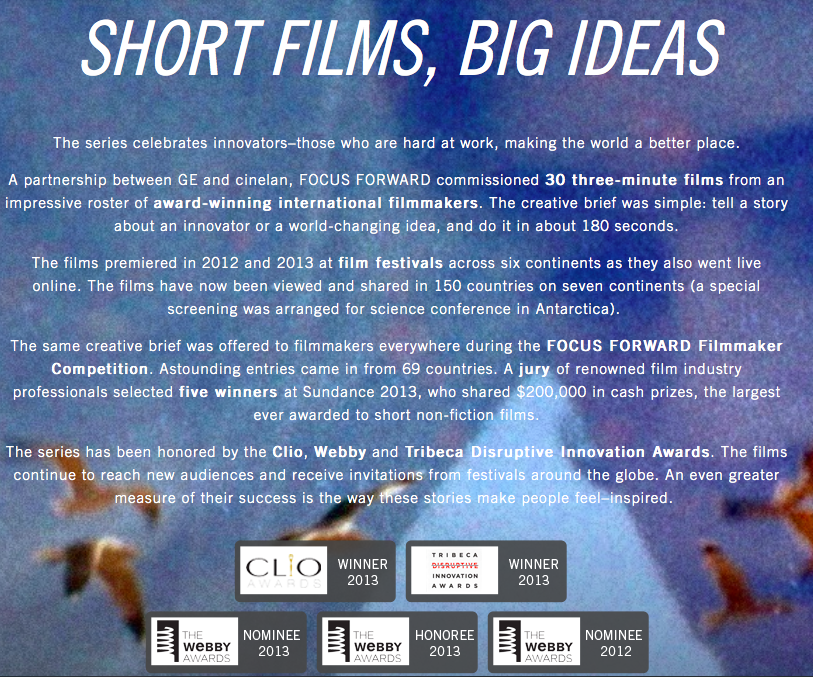 Here is the original paper by Smestad and Graetzel: GraetzelCell-1998

Together with Sir Richard Friend and Steve Furber, Michael Graetzel was awarded the Millennium Technology Prize of 2010 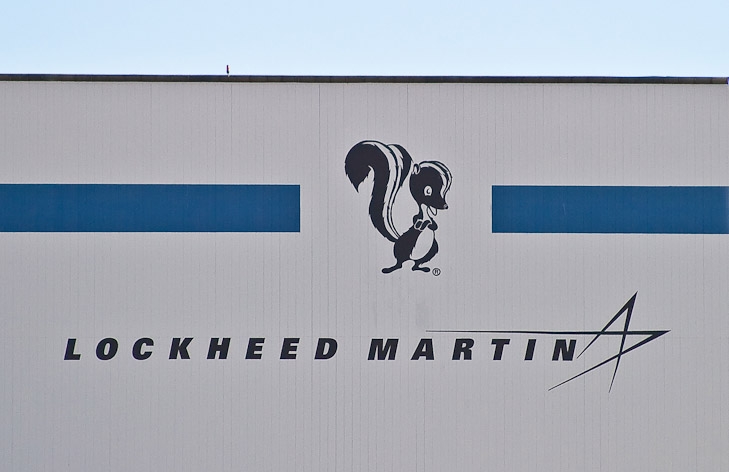 “A skunkworks project is a project developed by a small and loosely structured group of people who research and develop a project primarily for the sake of radical innovation. The terms originated with Lockheed’s World War II Skunk Works project.”

“Everett Rogers defines skunkworks as follows: “It is an especially enriched environment that is intended to help a small group of individuals design a new idea by escaping routine organizational procedures. The research and development (R&D) workers in a skunkworks are usually specially selected, given special resources, and work on a crash basis to create an innovation.”

The term originated during World War II when the P-80 Shooting Star was designed by Lockheed’s Advanced Development Projects Division in Burbank, California, under similar circumstances. A closely guarded incubator was set up in a circus tent next to a plastics factory in Burbank. The strong smells that wafted into the tent made the Lockheed R&D workers think of the foul-smelling “Skunk Works” factory in Al Capp’s Li’l Abner; the job no one wanted: to be the inside man at the ‘Skonk Works’ (as called in the comic).

Since its origination with Skunk Works, the term was generalized to apply to similar high-priority R & D projects at other large organizations, featuring “small team taken out of their normal working environment and given exceptional freedom from their organisation’s standard management constraints.”

The term typically refers to technology projects developed in semi-secrecy, such as Google X Lab.Another famous skunkworks was the lab of about 50 people established by Steve Jobs to develop the Macintosh computer, located behind the Good Earth Restaurant in Cupertino.” wikipedia

1. The Skunk Works manager must be delegated practically complete control of his program in all aspects. He should report to a division president or higher.

2. Strong but small project offices must be provided both by the military and industry.

3. The number of people having any connection with the project must be restricted in an almost vicious manner. Use a small number of good people (10% to 25% compared to the so-called normal systems).

4. A very simple drawing and drawing release system with great flexibility for making changes must be provided.

5. There must be a minimum number of reports required, but important work must be recorded thoroughly.

6. There must be a monthly cost review covering not only what has been spent and committed but also projected costs to the conclusion of the program.

7. The contractor must be delegated and must assume more than normal responsibility to get good vendor bids for subcontract on the project. Commercial bid procedures are very often better than military ones.

8. The inspection system as currently used by the Skunk Works, which has been approved by both the Air Force and Navy, meets the intent of existing military requirements and should be used on new projects. Push more basic inspection responsibility back to subcontractors and vendors. Don’t duplicate so much inspection.

9. The contractor must be delegated the authority to test his final product in flight. He can and must test it in the initial stages. If he doesn’t, he rapidly loses his competency to design other vehicles.

10. The specifications applying to the hardware must be agreed to well in advance of contracting. The Skunk Works practice of having a specification section stating clearly which important military specification items will not knowingly be complied with and reasons therefore is highly recommended.

11. Funding a program must be timely so that the contractor doesn’t have to keep running to the bank to support government projects.

12. There must be mutual trust between the military project organization and the contractor, the very close cooperation and liaison on a day-to-day basis. This cuts down misunderstanding and correspondence to an absolute minimum.

13. Access by outsiders to the project and its personnel must be strictly controlled by appropriate security measures.

14. Because only a few people will be used in engineering and most other areas, ways must be provided to reward good performance by pay not based on the number of personnel supervised.

“Moonshots live in the gray area between audacious projects and pure science fiction; instead of mere 10% gains, they aim for 10x improvements. The combination of a huge problem, a radical solution, and the breakthrough technology that might just make that solution possible is the essence of a Moonshot.”

“It’s often easier to make something 10X better than to make it 10% better.” – Google’s Captain of Moonshots, Astro Teller, on what it means to think in 10x.

We support the manifesto of the Founders Fund – “What happened to the future”.

Above is a simple video how how a DSSC works

Here are some articles on the subject: 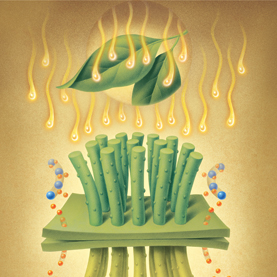